“I am what time, circumstance, history
have made of me, certainly, but I am also so much more than that.
So are we all.”

The Torino Social Impact Art Award is the result of the desire to create a dialogue between art and social innovation, with the aim of initiating actions that can have an impact on the present, in the contemporary society. Starting with the conviction that art is capable of providing tools and physical spaces in which to question urgent social issues, the project fosters experimentation in the field of the arts as a catalyst for the development of new responses or structured solutions. A potential ally and driver of social innovation, art can offer unexpected visions, in fact, capable of breaking down social definitions of dominant gender or religions, also granting a voice to those who run the risk of exclusion from contemporary systems of production.

The project has been conceived in order to offer young artists the opportunity to take part in a residency in Torino for the creation of a new work. The award is aimed at young people, residing in Italy, with training in the world of contemporary art, of a multicultural and migratory background. The objective is to offer a possibility of access to an art career for young people hailing from other contexts, to hypothesize forms of social insertion in the world of Italian culture. The facilitation of professional insertion in the art world of people with a multicultural and migratory back­ground opens up diversification of the Italian social fabric and transforms the perception of otherness, providing a type of narrative “agency”. The creation of unexpected scenarios, new languages and communications, can foster the spread of messages able to positively transform the perception of what may often seem distant, extraneous or diverse.

The project covers a one-month art residency for two emerging talents whose vision and background enable them to narrate the contemporary society of Torino in a transverse way, as emblematic of a country in a phase of transformation.

The artists has been supported by Artissima and Torino Social Impact and accompanied in the discovery of the city, its most significant cultural and social phenomena and its social innovation projects. The young talents has been guided through the production of the work and assisted by the curators of the project. 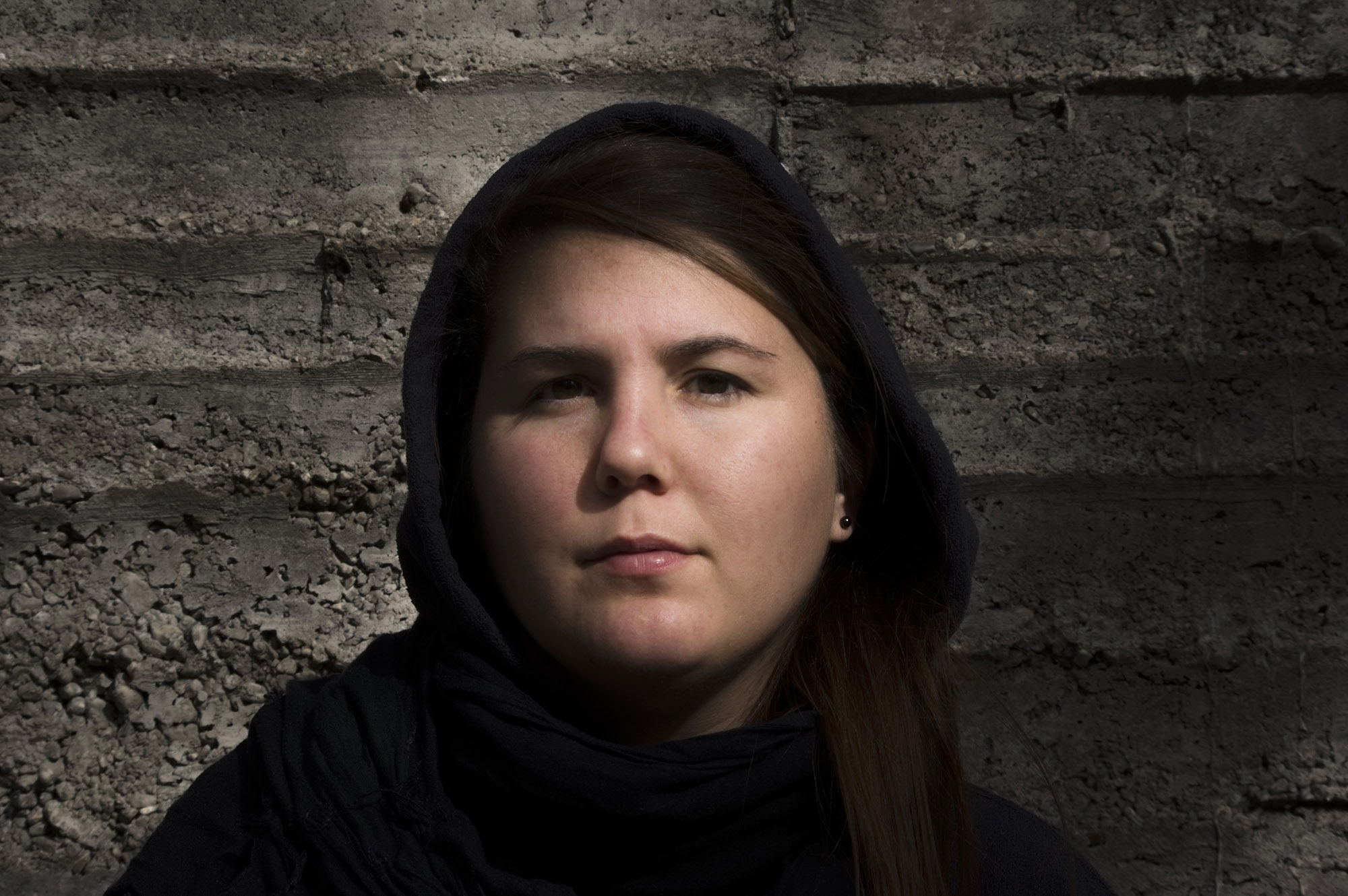 Caterina Erica Shanta with the project: Talking about visibility, for the following reasons: “for the social impact of her proposal, based on horizontal dialogue and exchange of viewpoints. For the desire to question and focus on the imaginary of cinema of each of us, with the aim of giving rise to a project of collective cinema, involving several multi-ethnic communities of Torino and producing a work capable of conveying stories and narratives that shift from the personal to the social dimension.”

Born to an Italian mother and an American father, Caterina has lived in various countries and been in contact with a range of different communities. Like other works recently made by the artist, Talking about visibility is a place of construction of identity, otherness and memory that places the accent on the act of recognition of self in a given imaginary, and on the visibility of that imaginary inside a common narrative.

Liryc Dela Cruz, a filmmaker from the Philippines, with the project Il Mio Filippino: Invisible Bodies, Neglected Movements, for the following reasons: “for the force of social investigation proposed, focusing on the documentation of the collective movement of migration, its perception, the forgotten labour force and social rejection. For the intention to put a silent, subterranean world at the centre of the research, inhabited by people who remain unobserved or overlooked, but who play a fundamental role in our society.”

As in other works thematically linked to his roots and history, the Filipino community of Torino will be the protagonist of the research. The artist, concentrating on the everyday life of domestic workers, sets out to produce a video with choreographic elements.

Shanta and Dela Cruz have been asked to focus on the theme “How Many Italies?”, the title and leitmotif of this first edition of the prize. Guided and assisted at a distance by Danilo Correale, co-tutor of the residents together with independent curator Anna Daneri and art historian Vittoria de Petra, the artists narrated their impressions of contemporary society in Torino, seen as emblematic of a country in transformation. They drew comparisons between their own multi-faceted and original viewpoints and the stimulating context of the city, with its most significant cultural and social expressions.

Caterina Erica Shanta has created a project of collective cinema titled Talking About Visibility, involving people from various ethnic communities living in Torino, to convey narratives from a personal to a symbolic-social dimension. The work has also won the prize of 5000 euros offered by the Recovery Fund initiative of the Florentine film festival Lo Schermo dell’Arte.

Eighteen people signed up for the collective cinema workshop Talking About Visibility, but many more different stories have been shared. It is difficult to explain each day in a few lines, and I continue to think about the value of the actions we perform and the stories we share during the course of our encounters. Recorded audio and images in motion dilate and restrict time, where the painting is an opaque mirror, often without an image. I am grasping the opportunity offered by the residency, and generated by the continuous discussion with the participants in my project’s workshop, to think about and understand how learning a language does not happen only through writing, but through what is needed, what is necessary to exist.

Liryc Dela Cruz with Il Mio Filippino: Invisible Bodies, Neglected Movements putted the Filipino community in Torino at the centre of his research, documenting the condition of substantial invisibility and silence forced on migrants working as household staff or caregivers, constituting an often-forgotten labour force. Liryc Dela Cruz developed this study by using choreographic elements of great expressive impact that replicate and stylize the movements of tasks in the home, narrating the heavy price of existential alienation paid by those who carry out this type of work. A second part of the work will be made with the support of Teatro di Roma – Teatro Nazionale, in the context of Infra – Inclusive Network for Refugees Artists.

At first, I felt overwhelmed by this new experience, due to the authenticity and pace of the events, and I had to protect myself so as not to lose my concentration. I had doubts and fears about the progress of my residency. At the same time, I saw a positive sign in these initial challenges. I think, in fact, that this situation makes it even more necessary to carry out this project, above all in a moment in which the society is extremely sensitive and aware of cleanliness, health and hygiene. What do we think about the people who perform household tasks in our homes? How do we see them, and above all do we really see them? I think this invisible boundary that prevents me from being inside the home of someone else is an enormous part of the discussion and the process. So I am trying to detour these challenges towards a large discourse and discovery.

A shared orientation towards experimentation has led Artissima and Torino Social Impact to create the project with the aim of widening the range of action of social innovation to contemporary art. With a focus on multiculturalism, the prize sets out to open unexpected scenarios and to create new relationships, through the perspective of the winning artists, capable of getting past any barriers, be they physical, ideological or cultural.

1 Torino Social Impact // The Torino Social Impact platform brings together 70 players in the metropolitan area (companies, financial institutes, service industries, public and private institutions) to reinforce the local ecosystem and revitalize it as one of the best places in the world for experimentation with new ways of doing business and finance, pursuing objectives of economic-financial sustainability and measurable goals of social impact. Torino Social Impact operates to encourage forms of economically sustainable business aimed at tackling emerging social problems by exploiting new technological opportunities, and to position Torino on the global map of investments of social impact, attracting private investments that can make a concrete contribution to the development of the impact economy in the territory. www.torinosocialimpact.it

2 Combo // A hostel of the new generation for travellers and the people of Torino, with the aim of reinventing the rules of low-cost hospitality. A radically new idea of lodging, a place that contains a residence for travellers, a public space with cultural programming and a radio station, inside historic buildings in the liveliest major cities of Italy. A versatile and contemporary incubator at the service of the arts and culture, to stimulate socializing and to foster contaminations. Combo is a new meeting point between those who visit the city and those who live there: a dynamic, fluid and open location.

3 In 2019 many artists have narrated a multi-ethnic story of contemporary society and its transformations in major solo exhibitions, including Walid Raad (1967, Lebanon) at the Stedelijk Museum in Am­sterdam, and the Iraqi artist now residing in the United States Michael Rakowitz (1973) at Castello di Rivoli.