The Torino Social Impact Art Award is the result of the desire to create a dialogue between art and social innovation, with the aim of initiating actions that can have an impact on the present, in the contemporary society.

Promoted by Torino Social Impact, created and coordinated by Artissima and supported by Fondazione Compagnia di San Paolo, the prize is aimed at young people with training in the world of contemporary art, of a multicultural and migratory background.

Selected through a call issued to the main Academies of Fine Arts and Universities in Italy, the two young talents will have the possibility of taking part in a residency in Torino for 20 days over the month of July to work on the creation of a photographic or video work, offering a contribution to the transformation of social perception on particularly urgent themes or life stories considered “distant”. The artists will rely on a tutoring service by Matteo Mottin and Ramona Ponzini, founders of the art project Treti Galaxie and the videos or the photographs created over the residency will then be presented at Artissima 2021 (5-7 November 2021). During the residency the artists will stay at Combo, the hospitality partner of the project and an innovative format that combines the idea of lodging with artistic and cultural programming open to experimentation.

THE THEME 2021
The theme of the second edition, ZOOM IN/ZOOM OUT, suggests our contemporary and complex virtual way of living that has forced us to experience the world of art almost exclusively from a distance, but also leads to reflections on the possibility of reaching a new, unexpected vision of society, when it is observed from up close or, in perspective, from far away. The specific backgrounds of the winners will offer access to these perspectives, which are as various as they are precious, enabling them to narrate the contemporary society of Torino in a transverse way, as emblematic of a country in transformation. 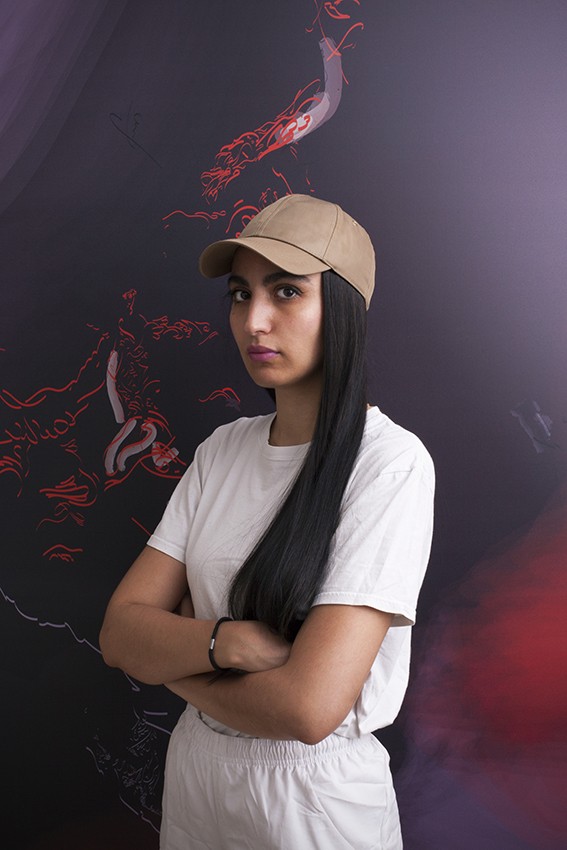 Monia Ben Hamouda wins the Torino Social Impact Art Award 2021 with Adhan to Dora, a cinematographic project articulated around a performative narrative having the objective to portray the complexities and contradictions of the cultural assimilation phenomenon. A film contaminating the present through its own origins, to evolve and self-determine formulating a counter-narrative which does not deny but glorifies.

Monia Ben Hamouda (Milan, 1991) lives and works between al-Qayrawan and Milan, studied at the Brera Academy of Fine Arts, was Visiting professor at Hochschule für Bildende Künste in Dresden and part of the jury at Milan’s Film Maker Festival.

Her practice is primarily based on the exploration of the human condition, especially on its oppressive and traumatic aspects. Her works explore themes such as socio-cultural identity, hassle, anger and politics. Ben Hamouda’s works take inspiration from calligraphy, a fundamental part of Arab culture and the artist’s personal story, interested in the power of images, or more precisely in images representing a loss of power. Ben Hamouda defines her work as “ambiguous, angry, at times passive-aggressive, submissive but ready to attack”. In the collision of contrasting elements, it exposed the persistent weirdness and the complex symbolism of human feelings. Translating her personal experience of trauma in a wide array of formal approaches, connected to the cultural and religious symbolism of her Muslim family, the artist penetrates on the inside of her ancestors’ rituals, enabling access to a private psychological atmosphere and showing how we are all deeply marked and contaminated by the psycho-mental universe of our ancestors. 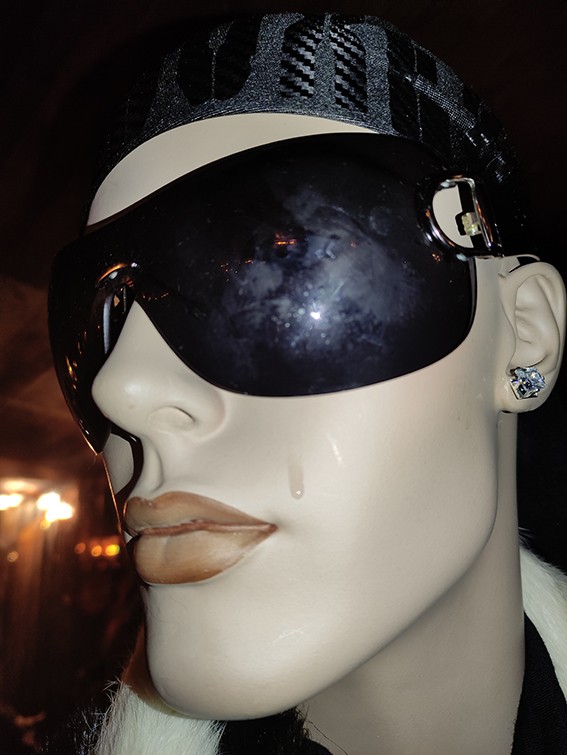 The MRZB collective (Andrea Parenti, Désirée Nakouzi De Monte, Filippo Tocchi, Pietro Cortona) wins the Torino Social Impact Art Award with the project STILI DRAMA XVIII-XXI. Among the members of the collective, Désirée Nakouzi De Monte (1994, IT-LB) will take part in the art residency. STILI DRAMA XVIII-XXI is a part of a project in progress characterized by a fragmentary and episodic product, oriented to the deconstruction of a video work and around the compression of the idea of contemporary city. The work starts from the intent to approach the process of the filmic production and the cinematic language in a lateral way, focusing on secondary aspects and elements to guide its development in a horizontal way, without internal hierarchies.  While the first episode STILI DRAMA XVIII-XXI saw the development of a photographic study and the screenplay of four indoor scenes central for the body of the project, set in a kaleidoscopic and hallucinatory domestic reality, in the second episode they are going to work on reverse shots, namely the outdoor space (physically the Lungo Stura landscapes), where marginality and waste accumulate and the fantastic, horrific, abnormal, hybrid and supernatural proliferates.

MRZB is an artistic collective based between Turin and Amsterdam. Their practice questions the processuality of creation as a stacking of tensions and forces. Their collaborative and nomadic studio-practice relies on an aesthetic and affective research of what is peripheral, marginal and discarded. It explores a variety of expressive approaches such as sculptural, architectural and urbanistic interventions, installations, textile assemblages, site-specific curatorial projects, writings, text-sound based performances and object-based works. Departing from a core interest for the abnormal, the research draws on topics such as the marginal, the domesticity, the decay, the grotesque, folk imaginaries, teen sensibilities, suburbia as repressed psychedelic and hallucinatory cosmos, to traverse the specters and residues of a centripetal and mass society.